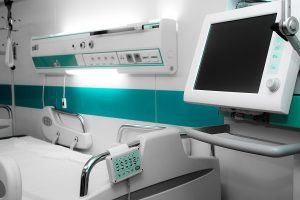 One of the saddest and most controversial cases touching upon the area of estates and trusts is the right-to-die case of Theresa Marie (“Terri”) Schiavo.

As you may know, on February 25, 1990, Terri Schiavo, who lived in Florida with her husband, Michael, suffered a heart attack. Terri had never executed any lifetime estate planning documents. She had no Living Will, no Health Care/Medical Power of Attorney, and no Mental Healthcare Power of Attorney. Terri was resuscitated, but she suffered massive brain damage as a result of the heart attack, and was left comatose. In the hospital, she was attached to feeding tubes.

After two and a half months without any improvement, her doctors diagnosed her as in a “persistent vegetative state.”  For approximately three years, doctors tried speech therapy, physical therapy even experimental therapy on Terri, trying to return her to a state of awareness. But nothing helped. Finally, in 1998, her husband Michael, petitioned the Sixth Judicial Circuit Court of Florida to remove the feeding tubes. Terri’s parents opposed Michael’s petition. The court decided that Terri would not want her life to be artificially sustained, and ordered the feeding tubes removed. Several days later, the tubes were reinserted. Thus began a bitter and complicated legal battle between Terri’s parents and her husband over whether or not Terri would have wanted to be kept alive artificially in that vegetative state. Their epic battle cost hundreds of thousands of dollars, and involved politicians and the courts up to the highest level (the Supreme Court) and Terri spent 15 years on feeding tubes before her feeding tubes were finally removed in 2005. Terri died 13 days after the feeding tubes were removed.

Lessons from the Terri Schiavo Case.

The number one lesson to be learned from Terri’s case is that her situation was preventable. This case highlights how important it is to execute your healthcare documents in accord with Arizona law. If Terri had only had these documents executed, her wishes would have been known and she either would have not been kept alive in a vegetative state for 15 years, or, if she wanted artificial life support, at the very least her family would not have suffered through 15 years bitter legal battles. Had Terri executed a Legacy Estate Plan, she would have been able to be taken care of in accord with her healthcare desires.

The second lesson to be learned from this case is that if you do not decide whether you want to be kept alive by artificial means or want to die a natural death if you are ever incapacitated, the hospitals and court system will make that decision for you. Due to the extreme liability concerns that doctors and hospitals face, the default provisions will always be to do everything possible to keep you alive for as long as possible, just like in Terri’s case.

Don’t Let This Happen To You!

The tragedy of the Terri Schiavo right-to-die case cannot be overemphasized. It is critical that everyone over the age of 18 have at the very least, a Mental Health Care Power of Attorney, a Living Will and Health Care/Medical Power of Attorney. We personally prepare all of the documents needed for a Lifetime Estate Plan that supports your decisions. When you work with the estate planning attorneys at Esser, Bradley & Khalsa, you get more than just an estate plan: you get peace of mind. If you need help planning for your future and that of your loved ones, contact us.