Why Handwritten Wills Are a Really, Really Bad Idea 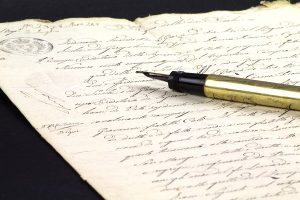 Some people think it is OK if they draft their Last Will and Testament themselves, and save themselves some time and money. Oftentimes people like the idea of just saying exactly what they want to say in their wills. Or else they just do not want to be bothered going through the formalities of having a will drafted. So, they write their will themselves.

These types of wills are called “Holographic Wills.”

Drafting your will yourself is a very, very bad idea.

Well, let’s start with the obvious…

Holographic Wills are Not Written By Estate Planning Attorneys.

Most, if not all people who write their own wills do not know how to do it properly. As a result, the potential for making costly mistakes is enormous. Generally, these mistakes only come to light when the testator or testatrix (writer of the will) dies, and by then it is too late: his or her grieving family is stuck with the chaos and discord those mistakes engender.

For example, because the people writing holographic wills are not attorneys, they often create ambiguities that render the will ineffective, which will cause expensive and time-consuming will contests. Consider the holographic will written by a man where he left everything to “my dearest,” without identifying her by name. His mother survived him, and before he got married he always used to refer to his mother as his dearest. He continued to refer to her as his dearest, but less so after getting married. He also affectionately referred to his wife as “my dearest” for years. She also survived him. Who gets his estate?

Other examples include wills that say things like: “I leave my car to my friend, Bob Smith.”

What’s wrong with that?

Well, what happens if the guy writing the will had two cars — a luxury car and an old junker? Which car does Bob Smith get?

Ambiguities in a will can draw will contests or can render the will invalid.

Holographic wills usually contain other costly mistakes and errors as well. These can be such things as:

Most Holographic Wills Will Not Be Probated By The Courts.

Another common problem with holographic wills is the problem of proving that the will was indeed written by the testator (or testatrix).

Because holographic wills are not notarized and witnessed the way a formal will is, proving the authenticity of the will generally requires hiring a handwriting expert. Proving that the will reflects the testator’s true intent and making sure the entire document was written by the testator/testatrix is expensive, time-consuming, and does not always result in probating of the holographic will.

When it comes to drafting your will or trust, save yourself money and your family discord and additional grief when you die. Hire competent and experienced trusts and estates attorneys to help you. We offer free consultations, and we serve all of Arizona. Our offices are located in beautiful Sedona and we serve Verde Valley as well. We can help you provide and plan for your loved ones. Call us at 928-282-1483 or contact us here.